We are down to our last pair of players, a showdown between the Performapal Performage mirror match. 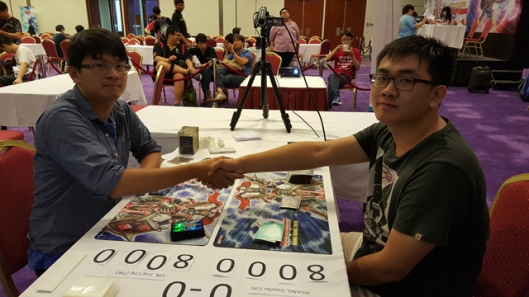 Guozhu opened with a Lavalval Chain, allowing him to set up his Performage Trick Clown and Heroic Challenger – Thousand Blades combo immediately, but a Maxx “C” from Ching Ting halted any potential additional plays.

Ching Ting flooded the board with a Pendulum Summon.

Lavalval Chain and Trick Clown were taken out by battle.

Trick Clown returned with Thousands Blade, but another attack and a Castel, the Skyblaster Musketeer cleared the board.

Guozhu could only set a monster, prompting Ching Ting that it was his chance to go all-in. 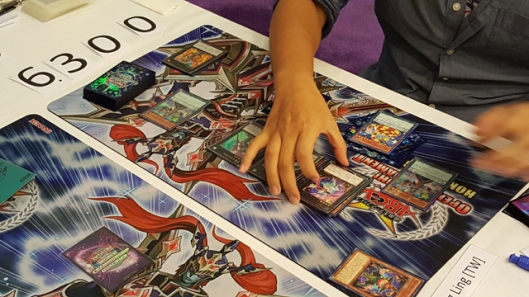 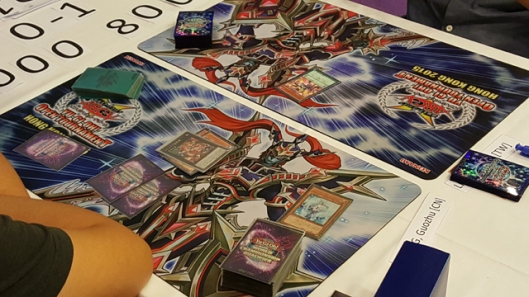 Guozhu started with a strong defensive play with Traptrix Rafflesia and even had an Effect Veiler to stop Ching Ting’s Performapal Skullcrobat Joker.

That resulted in Ching Ting having no other play that turn. 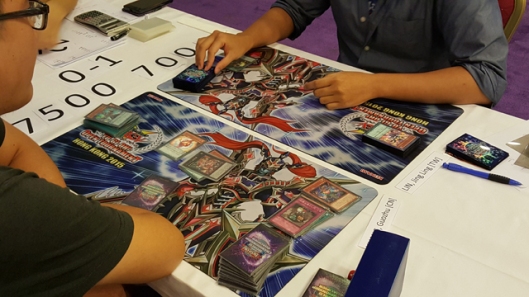 Devastated by his opponent’s Wavering Eyes, Guozhu was forced to make a weaker play.

He had to Treacherous Trap Hole his own Performage Damage Juggler in order to take out his opponent’s Skullcrobat Joker.

And all that only resulted in an attack from Performage Flame Mascot.

A set monster allowed Ching Ting to earn another turn as Guozhu took a defensive stance.

But Ching Ting played conservatively with just a Skullcrobat Joker.

Guozhu brought out Lavalval Chain, but was met with a Torrential Tribute.

The Torrential Tribute turned out to be fatal for Ching Ting instead as the Guozhu was able to banish Performage Damage Juggler to get Flame Mascot and play it in his second Pendulum Zone.

That enabled him to Pendulum Summon from the Extra Deck 2 Flame Mascot and a Pendulum Sorcerer.

Guozhu managed to tilt the game towards his advantage.

Ching Ting Pendulum Summoned defensively to drag out the game.

Guozhu had double Torrential Tribute to clear Ching Ting’s Flame Mascots, and whatever the Flame Mascots brought out as well.

Ching Ting conceded as Guozhu reached for his Extra Deck and was preparing to Pendulum Summon everything again.

Guozhu tied up the score, forcing the third and final game. 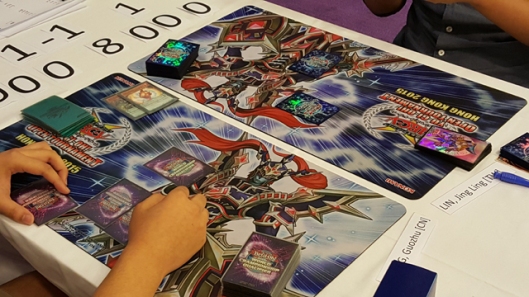 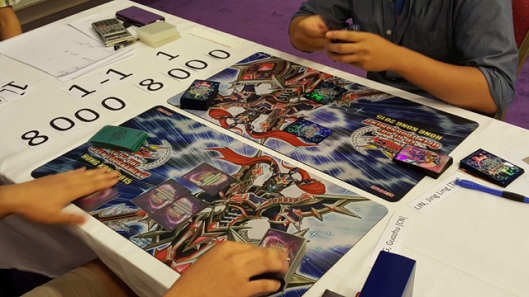 Time was called at the start of the game, so both players are playing much more conservatively to avoid taking unnecessary damage.

Guozhu played two cards to each of his Pendulum Zone, prompting Ching Ting to respond with a Wavering Eyes.

Guozhu had a Wavering Eyes of his own, but Ching Ting negated it with Performage Damage Juggler.

Behind by 500 life points now, Guozhu was forced to deal some damage soon.

He went all-in despite a Maxx “C” from Ching Ting, and was stopped by Effect Veiler when he tried to Tellarknight Ptolemaeus. 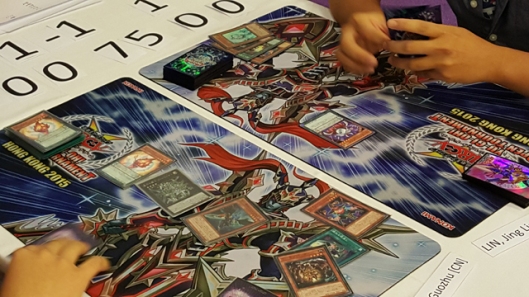 Guozhu brought out Blackwing – Zephyros the Elite allowing him to play Performage Flame Mascot as well, but was unable to breakthrough Ching Ting’s Performage Mirror Conductor.

Lin Ching Ting from Taiwan with his Performapal Performage is your new YOT Champion!